The Art of Jacqueline M. A. Jarvis
jacqueline @ jacquelinejarvis.co.uk

These paintings were conceived as a triptych, the concept being to chronicle each day over a three year period.

Each strip portrays the feeling of the day rather than being just a literal representation. They derive from the Northwards view from my studio between midday and two o’clock in the afternoon.

Each year commences at the start of the New Moon at the end of December or beginning of January. It is composed so that the one minute past 12 o’clock position is occupied by the 1st January of each new calendar year.

General and personal ephemera are collaged onto the paintings to document the formal registration of the Gregorian calendar. Astronomical phenomena, the moon cycles Solstices and Equinoxes are also integrated into the work.

The completed paintings record not only the weather patterns but also the start of natural cycles – by way of example - swallows arriving in April and the seasonal emergence of specific flowers. 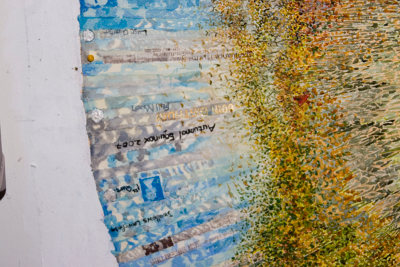 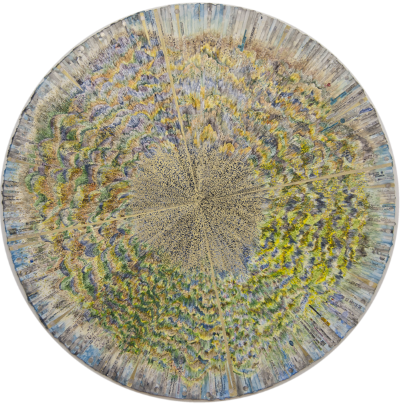